The Squire of Gothos

Two campy episodes in a row! Thank god they weren't aired in this order.

This episode bears the same exact story as Charlie X: an alien with a toddler mentality has great power which he uses to torment the crew of the Enterprise, before being chastised by the fortunate appearance of his ethereal parents. The central alien this time around, rather than being an angsty teen, is a foppish man who has been studying medieval earth.

While Charlie X may be the superior execution of the concept, I cannot deny the charm of this episode. The alien the crew falls victim to, Trelane, is fantastically interesting with the lethal games he subjects them to.

We begin with the disappearance of Captain Kirk and Sulu from the bridge. They follow the mysterious whodunit down to the planet's surface, where they encounter their host: the harpsichord-playing dandy, ex-General (now Squire) Trelane. His castle dwelling houses a perfect visual indication of the character's flagrant conceit: a large mirror, which reveals itself to be the mechanical source of his power.

This is, however, a footnote subservient to the great flamboyance of Trelane, which is the true iconography of his character. He dances with the women, makes racially questionable comments to Uhura, and challenges Kirk to a duel. Strike that, multiple duels.

The madness rises to a crescendo as Trelane chases the Enterprise with his entire planet of Gothos. Yes, you read that correctly. He chases them with a planet. I'm not sure there's much more I can say, after that.

Like Shore Leave, it is a great bit of fun without any thematic or conceptual ambition. Others have postulated this episode to be a meditation on power, reflected in Kirk's reaction to Trelane. I do, however, find this analysis unfounded, and almost entirely unsupported by the content of this episode. I also generally find the choice to invoke the word "meditation", or its equivalent, to be a precursor to a loose interpretation that reads more into the work than can be supported.

There are a great many playful turns of phrase in the dialogue that echo the lofty character of Oscar Wilde. This mentality is opposed by Spock, who retorts, "I object to you. I object to intellect without discipline. I object to power without constructive purpose." This is more telling of Spock's character than it is of any authorial depiction of theme.

This episode is, as Trelane would say, "Absolutely smashing!"
Posted by Nick at 2:00 PM No comments:

I can pretty safely call this the birth of the "light" Star Trek episode. Even though previous episodes may have featured concepts or other elements that were a bit silly, they were there to further the drama or advance character. It was the execution that made them legitimate.

Here is an episode that has none of that. It doesn't quite present itself as an issue, however, because it never attempts to be anything more. No signature Trek ambition makes for an odd but enjoyable excursion as the Enterprise travels to an amusement park planet that reads the crew's thoughts with a device that looks like a cheap TV antennae, then quickly produces whatever it is they are thinking of.

The tone of the show is set in the opening teaser: tired and sore Kirk is complaining to Spock of back pains. As his yeoman begins to massage his back, he assumes it is Spock, to no protest. I find it amusing that he is okay with the on-duty massage initially, but orders it stopped when he finds out it wasn't Spock. "Dig it in there, Mr. Sp--"

This silliness embodies the entire episode, which plays more like a classic Shakespearean comedy in the vein of "Midsummer Night's Dream." It even has what is now considered a storytelling cop-out: the deus ex machina. After the crew encounters all sorts of crazy shenanigans with The White Rabbit, old lovers, a samurai, a tiger, and Don Juan, they are saved by the appearance of a caretaker who makes everything right. Actually, the appearance of this character makes the episode itself pretty inconsequential. This minimizes any offense viewers might have taken by its flightiness.

Another thing that amused me, unintentionally, was that even the facts we learn about some of the character's pasts through their fantasy do absolutely nothing to further their character! We meet an old lover of Kirk's, but this relationship not only goes nowhere, it gives us no more understanding of him than we had before. This becomes funny when McCoy's budding relationship with Yeoman Barrows teeters on genuine feeling ... an interaction which is afforded only a fraction of the Kirk/Ruth screen time!

There's also a whole slew of funny interactions, both on the planet and off. Such as Spock describing an irritable crewman who refuses shore leave. Kirk demands that his duty take precedent, and that the crewman relax. "What's his name?" To which Spock replies, "James Kirk." This sets up a quote from Kirk that caps off the episode:

"The more complex the mind, the greater the need for the simplicity of play."

In a brief (but appropriate for Shore Leave) drop of my analytical guard, I will admit to this being one of my three favorite episodes as a child. No surprise, right?
Posted by Nick at 1:22 PM No comments:

More court drama aboard the Enterprise!

This two-part episode features Spock willfully committing mutiny by hijacking the Enterprise in order to transport the now-crippled Captain Pike to the planet Talos IV. Pike was the previous captain of the Enterprise whom Spock served under. Seeing him act with some mysterious form of allegiance to his former Captain really holds together the "bookend" sections of these episodes.

You see, this episode regurgitates footage from the original, unused pilot episode for Star Trek in which Pike was the lead. They've wrapped a new story around the episode. One which, to my mind, feels too obviously reverse engineered for the purposes of using the old footage. No matter how interesting Spock's dedication is, it can't make up for the inherent shortcomings of the pilot. Especially when the two seem so completely disparate.

Since I consider these stories paired but entirely separate, lets then talk about that pilot, The Cage. The story deals with the crews encounter with a highly advanced species. The concept itself is pure science fiction, evoking the best of Forbidden Planet and the like. Unfortunately, it did little to advance character. These alien beings allow us to journey into Pike's psyche. However, learning facts about a character is not the same as developing one. It will satisfy fans of strict sci-fi more than anyone else.

The content of the pilot itself, however, is nothing to be sniffed at. The concepts dealt with (perception, reality, choice) are ambitious for their time. They are rife with storytelling potential. Unfortunately, they were dealt with in a way that feels a little inaccessible. This lead to many criticisms, specifically from the studio that felt it was too "cerebral." I can reconcile this overly simplified criticism with my own discontent with the episode's execution.

Thankfully, the bookend segments with Spock and his trial, on their own, are quite well done. They use the events of the pilot as a catalyst for drama. When you navigate away from that to show the catalyst in intimate detail, it becomes tiresome and feels unnecessary.

"Captain Kirk, Captain Pike has an illusion, and you have reality. May you find your way as pleasant."
Posted by Nick at 6:41 PM No comments:

This is a fantastically well rounded episode; firing on all cylinders with with what could have been a straightforward court drama.

Kirk is accused of a breach of protocol which results in the death of a crewman. This alone could sustain an hour long episode, but the concept is fleshed out to include some real humanity. The ship's computer records a sequence of events that implicate the captain, who claims it did not happen as such. The writers use this as a opportunity to pit man against machine, a theme already resonating in Star Trek's run.

Kirk's lawyer is the personification of this conflict. A brilliantly drawn and performed character, he is bookish and distrustful of modern computerization. He is introduced to us in a sea of books, the perfect visual image to associate with him. He's passionate and fun to watch. His costume is also wonderfully in character.

As if this excellent conflict weren't enough, another side character is given a great amount of interest. The prosecution attorney is one of Kirk's many female conquests. Still quite taken with the captain, she is torn between obligations to her job and the remnants of romance. It's a small role with a great opportunity for drama, and it is seized beautifully by the equally lovely actress portraying her.

There's a great sequence when Spock finally uncovers a way to prove Kirk innocent by playing Chess. You see, when playing against the supposedly infallible computer, the best he should be able to achieve is a draw. However, Spock is able to beat the machine FIVE TIMES. The computer has been meddled with, and the hunt is on for the one officer who could have altered it: the crewman presumed dead!

High drama ensues as the ship is searched before the court. The writer's do their duty by brilliantly heightening the tension. Not only is Kirk on the hunt for a man filled with vengeance, but in order to locate him they must disengage the ship's engines. As the orbit decays, Kirk has limited time to find his foe before the ship plummets to it's destruction.

Creating the plot-based necessity for the tension-building time limit is a legitimate and entirely earned method of dramatic enhancement. The audience doesn't feel played when there is a perceived need to have the engines shut off. It has been handled here far better than previous episodes where the methodology was obvious and transparent.

The episode ends with a truly funny (and entirely not forced) moment between the show's trio. Kirk and his lady-attorney-friend share a kiss on the bridge. After she leaves, and he returns to the captain's chair, flanked by Spock and McCoy, his only words are:

To which Spock Replies, "Obviously," and McCoy, "Indeed she is."
Posted by Nick at 8:53 PM No comments: 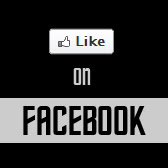